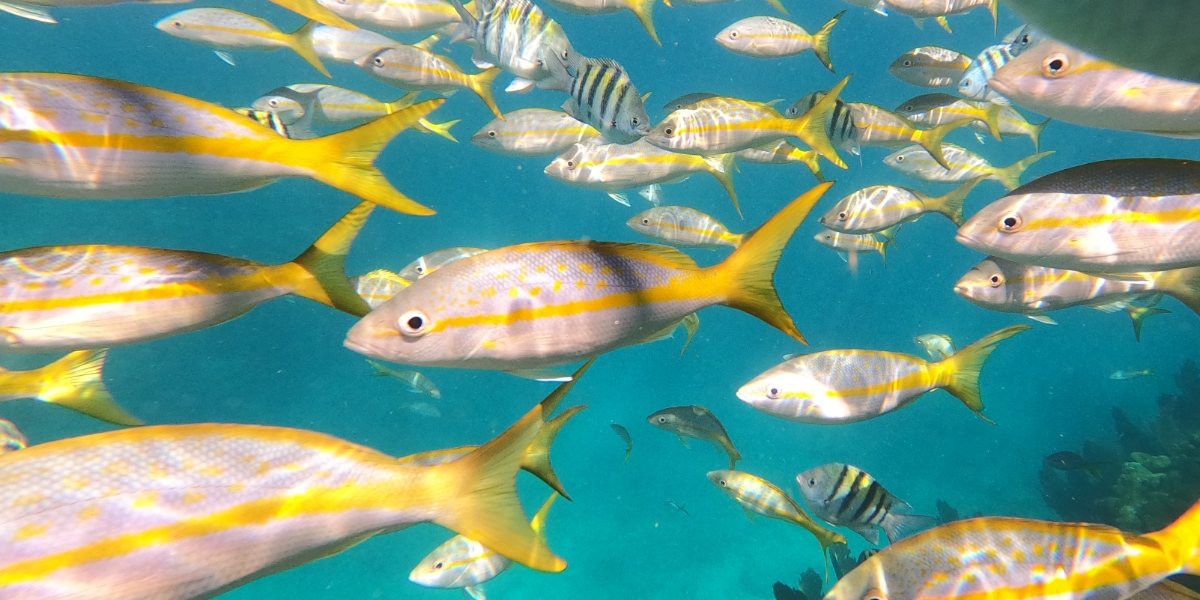 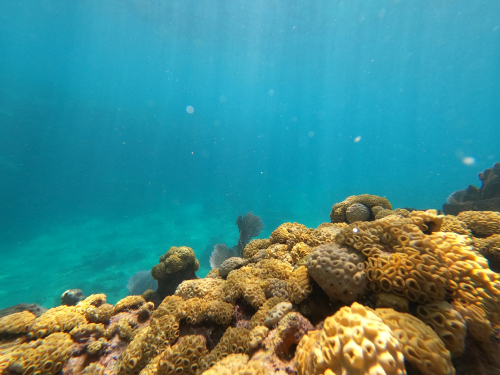 Looe Key is a protected coral reef south of Big Pine Key Florida. It is located within the Florida Keys National Marine Sanctuary, and the reef is named after HMS Looe, a ship that sank after running aground on the reef in 1744. Looe Key is home to about 50 different species of coral, including many endangered corals, such as the staghorn coral and elkhorn coral. Looe key is also home to over 150 different species of fish.

CaribSea’s president, my brother Rick, had his first experience with Looe Key was in 1978 while attending Sea Camp on Big Pine Key (any other alumni out there?). What struck him then was the Elkhorn coral stands growing out of seagrass, sand and rubble sized rocks with their tops awash at low tide and the huge mounds of staghorn coral in the deeper areas. The coral plagues have taken their toll since then but he is happy to report healthy re-plantings of both of these spectacular species. Now, over 40 years later, the CaribSea family still enjoys Looe Key, but having the reef to yourself for the afternoon is no longer possible! 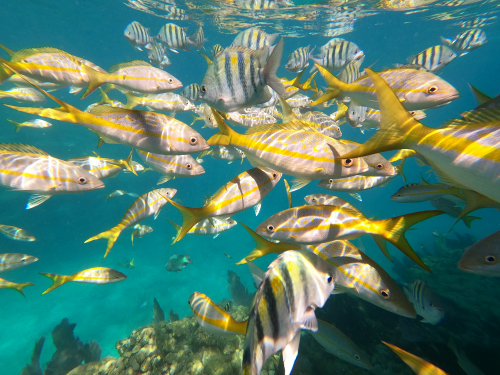 On this July afternoon, Looe Key was teeming with life. The water clarity was some of the best we’ve seen, and when we jumped in over the rocky reef we were immediately greeted by schools of sergeant majors, yellowtail snapper, and a few large Mangrove Snappers, called “mangoes” by us Floridians. Deeper through the water column and closer to the reef itself were small groups of parrotfish of all types: Rainbow, Stoplight, and Midnight. These parrotfish are large and so magnificent, and you can hear them crunching loudly on the rocks as they graze their way across the reef in small schools of three to six or so.

There were angelfish too, a pair of queen angels, a rock beauty (my favorite), and a juvenile french angel, one of the most beautiful angels for sure. There are also gray angels, none to be seen today, but you can find all five species of Florida angels on Looe Key. There were numerous blue tangs in various stages of life and coloration, and on one small area of reef, both four-eyed-butterfly and banded butterfly fish. We also saw a single lionfish hanging around the tie-up buoy rope. That was the first lionfish I have seen on Looe Key, they are more prevalent inshore but during lobster season the divers do a good job knocking back the population. 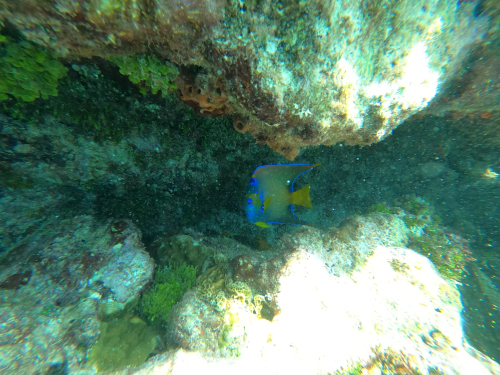 The scrawled filefish are always a treat, and on a good day (but not this day), you can find a resident goliath grouper. Normally they hang low in the reef, tucked into a rock cave as much as they can fit, but when divers are around, they come out to visit. Also curious are the reef sharks, and an occasional bull shark which is always unnerving, but they are spectacular, especially on a bright sunlit day as they skim above sand areas deep in the crevasses of the reef.

The intense noon sun always brings out the best in Looe Key, and perhaps the most spectacular of all is the juvenile jewelfish, which while young is patterned like a starry night sky. As they age, however, they transform into something less than amazing so its always a treat to see them at about one or two inches long darting in and out of the rocks.

It is truly like you are swimming in an aquarium when you are on Looe Key. If you ever find yourself in the Florida Keys, make this one of your stops. Looe Key is easily reached by boat from Marathon, Big Pine Key area, or even Key West. It’s easy to find on a chart, or you can hop on one of the many dive or snorkel charters that run daily to the reef and back. If you are lucky you might get a bottlenose dolphin escort to the reef, they are often found in and around Looe Key and will readily come up to your boat to get a good look at you. 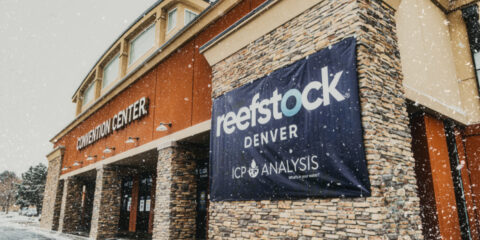 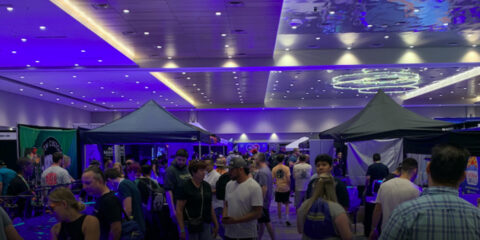 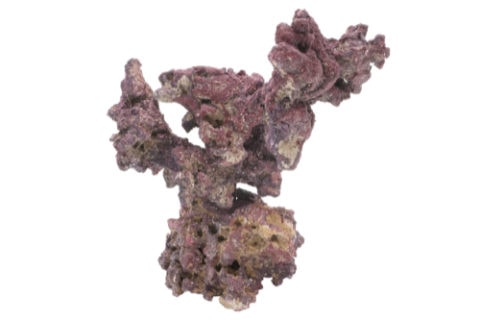 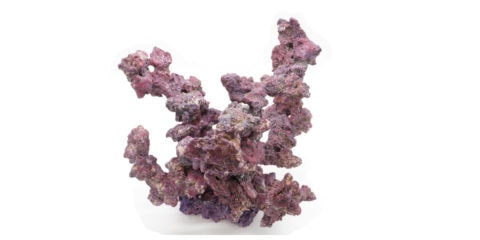 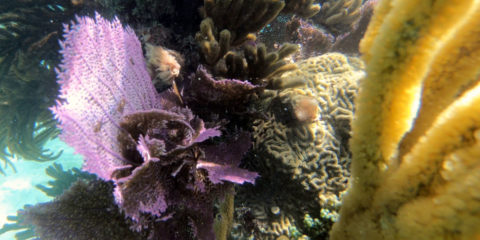 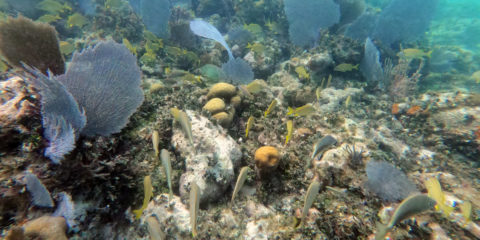